Sorry for not dropping in earlier but I didn’t know how to discuss what happened to me on the night of my arterial ligation surgery which prevented my Tram Flap Breast Reconstruction occurring on the 22nd of July.

Here is how it played out.

I was laying in the little room you are put into before you are taken into the surgery room. My anaesthetist Dr Christopher Higham from Stace Aesthetics popped over to say hi and to run through his spiel. He is really lovely and we chattered for a while and everything was going just peachy until he went to walk away and asked me a question over his shoulder on his way out.

Oh Amanda, you don’t smoke do you?

I just looked at him. I didn’t answer straight away and he then turned to face me head on and we were eyeballing each other when I squeaked out a ‘yes’.

Didn’t the world just stop everything in that instant! It honestly felt like the nurses stopped their pottering, the noise of the phones and chatter was suddenly gone and Dr Chris Higham was suddenly almost nose to nose with me and said these few words.

Turns out that for the reconstructive surgery I was due to have two weeks after this arterial ligation, has a 12% success rate on smokers and my surgeon Mr Jim Kollias will not operate on a smoker.

Once Dr Higham had finished telling me off, Mr Kollias then popped in and gave me his opinion on all this too and by now, I was quite emotional as you can well imagine.

Thankfully the ligation surgery proceeded and I was back with my husband in no time. I did have to stay in hospital one night, which was fine enough.

Pain wise it was up there and it took a little longer for the pain to reduce than I had expected but it was bearable pain.

Mr Kollias came to see me before I was discharged and stated he will not do my reconstruction until I had been a non smoker for at least six weeks. I was shattered. I felt so ashamed of myself. I hadn’t been happy to have taken up smoking AFTER my cancer treatment when I had been a non smoker for so many years and now I was ashamed and sad and really quite embarrassed.

I am pleased to announce that I have not had a cigarette since that conversation with my doctors.

Mr Kollias rescheduled my surgery for the 3rd of August, 2017.

The reasons for not operating on a smoker for this type of surgery is due to the little blood vessels that get moved from your stomach to the chest area will usually die in a smoker because there isn’t enough oxygen getting through. Dr Higham said to see a ‘dead’ reconstructive breast was awful but also, the time and energy spent reconstructing was an absolute waste. This also includes the use of nicotine replacement therapy, that isn’t allowed either. Due to the microsurgery that is preformed in the Tram Flap Reconstruction, your body needs all of the oxygen it can get and nicotine takes that away from you.

So, it was an instant quit. No cutting down, no weaning, no nicotine replacement therapy. No smokes.

It occurred to me that I had two choices. I could smoke OR I could have a reconstruction. I couldn’t not have both.

Thankfully I had been reading Allen Carr’s Easy Way to Stop Smoking a few weeks leading up to surgery so I was one step ahead. I quit using this book more than five years ago when I smoked around 50 cigarettes a day! 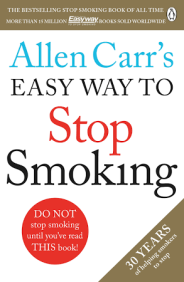 I did join a quit smoking facebook page as well for the extra support as was feeling quite emotional having taken up smoking more so that quitting (at the time) and decided to use the facebook page as a bit of a sounding board. There is always that one person isn’t there that has to be mean or negative.

One of the ladies responded to my facebook statement about my surgeon refusing to operate on my until I had been a non smoker for six weeks and promised I would never smoke again about how she had plastic surgery implants and there was no a problem being a smoker and proceeded to tell me my surgeon was ‘full of shit’. Wow. Ok, way to go lady, thanks! I replied politely and mentioned breast implants are a totally different kettle of fish compared to tram flap surgery but thanked her for her comment all the same.

Anyhoo, there you have it. My dirty little secret is now out.

I wasn’t actually going to write anything about this because of being so ashamed but then I though, what if someone else genuinely doesn’t know about the dangers of smoking leading up to, and after the tram flap surgery? My surgeon didn’t even know I was a smoker (obviously) because he had asked if I was a smoker when he first met me two years ago. Why would he ask a non smoking cancer patient if they had taken up smoking? There would be no reason for him to do this. Yes, I did write I was a smoker on the admission forms for the hospital so I am not really sure who actually reads these but that is not the point. The point is, be 100% honest with your surgeon because you could be wasting their time, your time, money, etc.

You may have noticed the date of this publication and realized that I have now had my surgery. You are right! I did have the surgery but I’ll tell you about that another time real soon.

a blog of unrelated topics: fashion, poetry, entertaining kids, gluten free dining, getting a new job, and getting out of debt

A daily selection of the best content published on WordPress, collected for you by humans who love to read.

I am Red. I am a Survivor. This is my journey.

A NC girl who found herself again with Keto and Jesus

My take take on breast cancer.

Coming soon to a life near you

Just a small town girl who writes about Christian stuff.

Just a regular thirty-something-year-old trying to capture the essence of life in writing. Join me as I journey through the ups, the downs and the adventures in between.

Tales from the mouth of a wolf

this is... The Neighborhood

the Story within the Story

Reflections of a Book Addict
Drinkers with Writing Problems

Literature by the Lit Up

My Little Bs Have the Big C

Where Sarcasm Gets Drunk and Lets Its Hair Down

A Blog about Learning, Teaching, Writing, and Reading

Greet Each Day With A Hopeful Heart

Where Intellectuals and Rednecks foregather.

I have a license to be weird

"My Sweet Elite Life" with Jen

Create the Life you always wanted

We live to write and write to live ... professional writers talk about the craft and business of writing

She goes and sees

Anything is possible, nothing is certain.

Exploring progress in cancer research from the patient perspective

What if you spent every day looking for One Beautiful Thing?

I am a man who believes romance should never die, movies make for a great night, custom suiting is a must and creating a legacy is one's purpose. A man who holds true to this understands the gentleman's lifestyle.

Sometimes I can be funny

Come take a journey through my mind

Realzing who I am and being proud to be a lesbian!

In the mind, out the keyboard

Experiencing life, 30 days at a time

What Pisses Us Off

Setting the world straight by complaining about and making humorous remarks towards our problems while providing solutions we should all live by. Cus' we're just really pissed off about a lot of things.

Appreciate all that you love!

Smile! You’re at the best WordPress.com site ever

Unleash the inner diva in you.